Vanessa Rosales reached out to Hope For Paws about a homeless dog that’s in dire need of help. She informed the rescuers that the homeowner sold the property and left the dog behind. And while living a life on the streets, she became pregnant and had puppies.

A concerned citizen spotted the little furry family. Using a trash can and a piece of wood, the resident created a small den for them. But while it served as their home, it didn’t provide enough protection against the cold night and the heat of the sun. 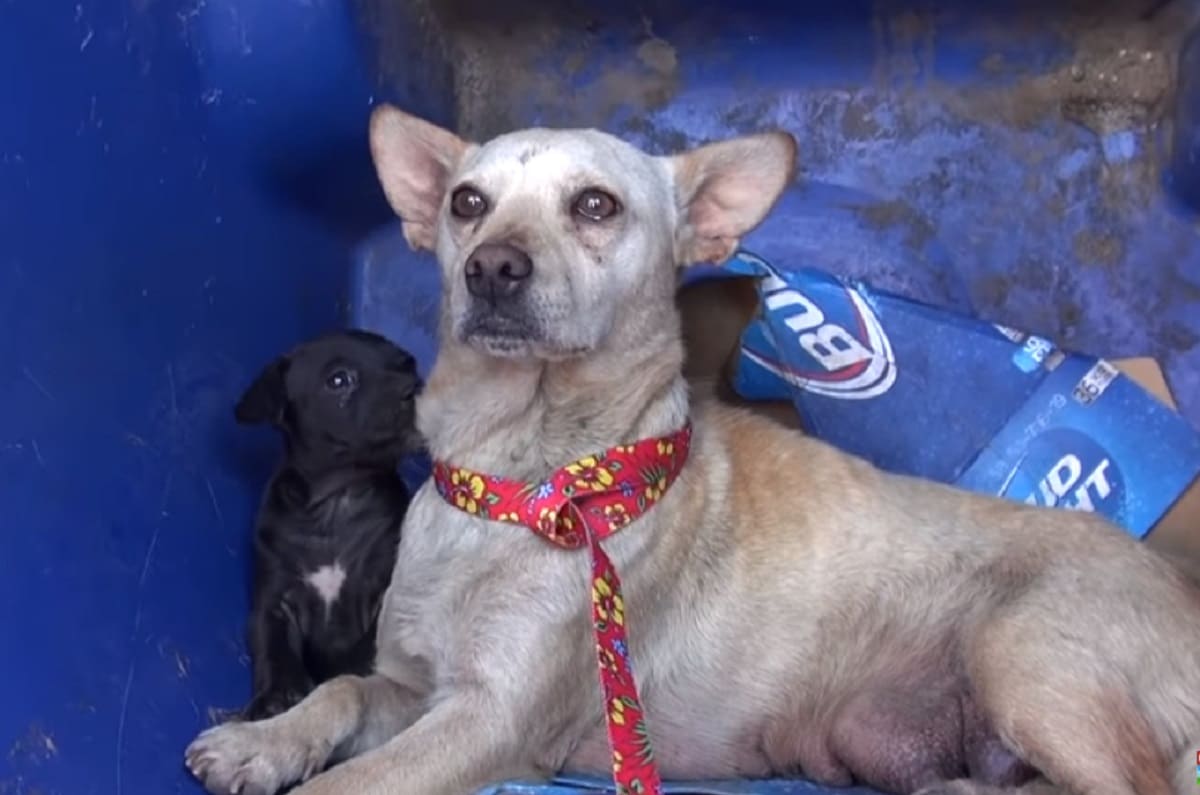 Eldad Hagar and Lisa Chiarelli were the ones to respond to the scene. As soon as they arrived, they saw where the mama dog and the puppy live. They learned from construction workers that children in the neighborhood had stolen the puppies, leaving only one behind.

Eldad secures the mama dog by placing a leash around her neck. She was very protective at first, so she snarled and barked at her rescuers. But after a few minutes, she finally calmed down and let Eldad pet her. Later on, Lisa named the mama dog Zoe and her baby Meadow. 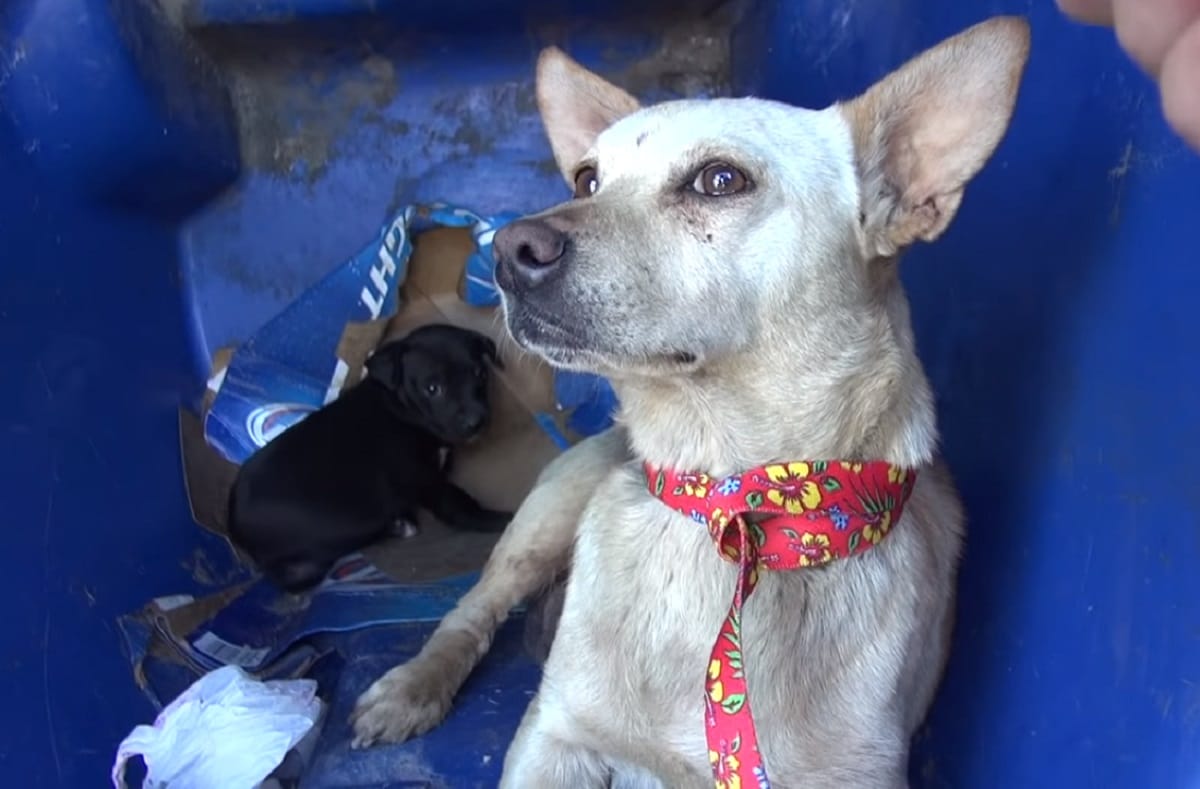 Eldad and Lisa quickly realized how sweet Zoe is. But still, they knew she needed time. So the rescuers sat with them for a good thirty minutes. And when they noticed they’re finally ready to leave their old lives behind, they walked and carried them into the car. 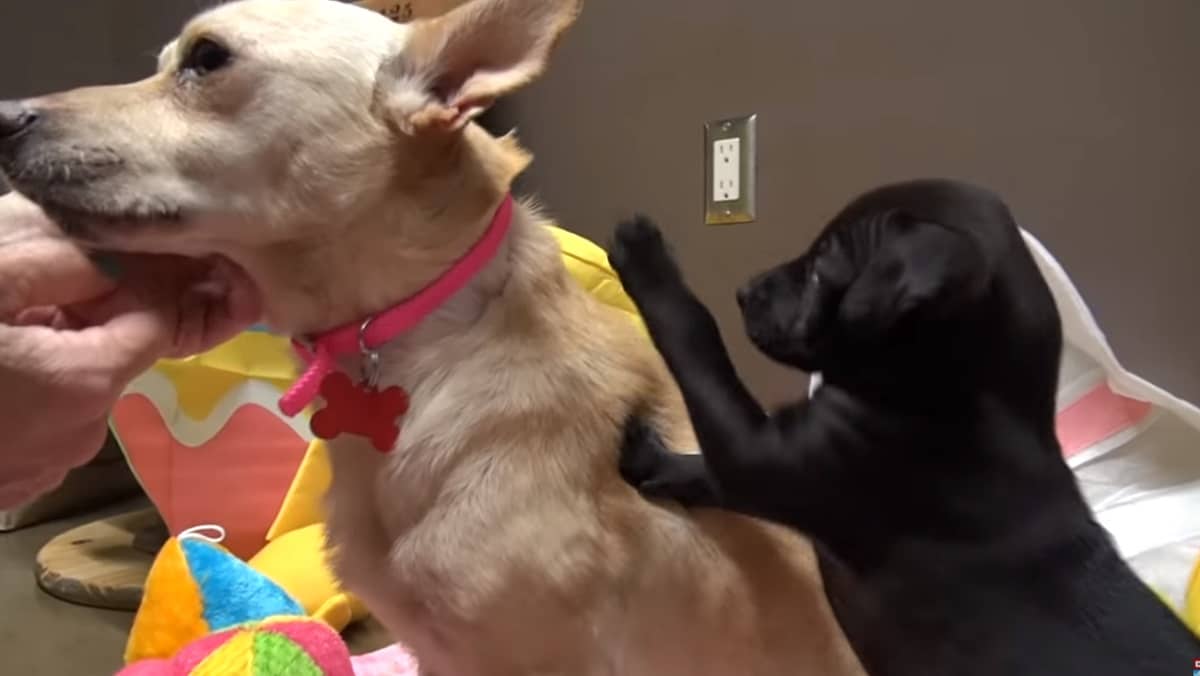 At the rescue center, the vet team examined both the mama dog and the puppy. Hundreds of ticks and fleas swarmed them. But thankfully, they are both in good health.

Credits to Hope For Paws 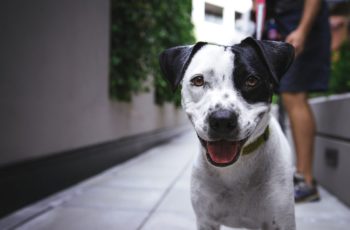 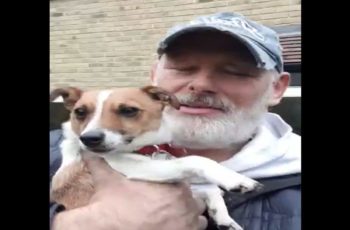