Stories of unusual but amazing friendships among dogs and other animals abound nowadays. Some dogs became best friends with cats, pigs, even an alpaca. There’s one particular story that caught the hearts of many. It was the story of Fred and his unusual friendship with a bunch of ducklings.

Fred is a 10-year old Labrador who lives at the Mountfitchet Castle in England. His story went viral after he adopted nine orphaned ducklings when their mom disappeared. The team tending the Mountfitchet grounds found ducklings wandering around after their mom vanished. They worried what happens to the chicks now that their mom was gone. But the good Labrador immediately took the orphaned ducklings under his wings and took it upon himself to do the babysitting. 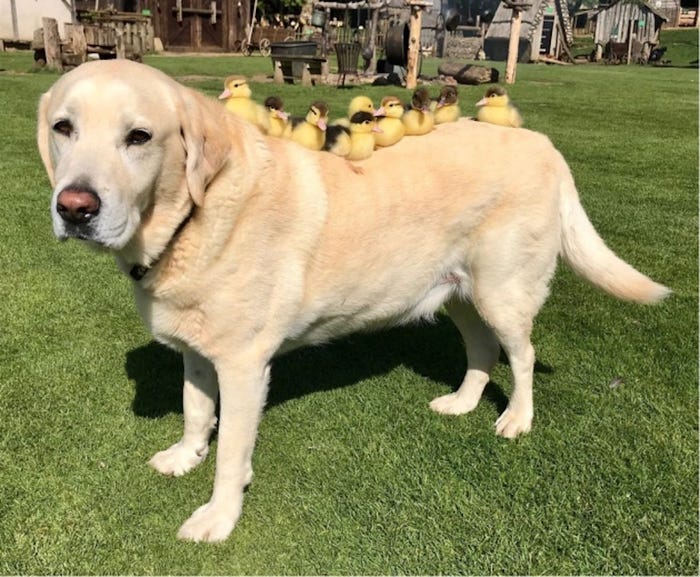 The ducklings only looked too happy to be in the care of their benefactor. The orphaned chicks were said to sleep in Fred’s dog basket, which he’s only happy to share. They’ve also been to a swim together in the castle moat. There were also pictures and videos showing the “family” hanging out together. One particular photo shows the ducklings riding around Fred’s back. In another photo, it shows the ducklings huddled together and cuddling with Fred. It was an image of an unlikely family enjoying their time together. It was cuteness overload!

The story has since gone viral after a castle staff shared the story on their Facebook page. The post is also full of sweet comments from people commending what Fred has done. BBC even had a report about the generous act of the Mountfitchet resident dog, Fred. Suffolk Now uploaded the story on their YouTube channel and Insider had an article about it. Many other news outlets contacted the Mountfitchet Facebook page for the story. Well, he deserved all the attention after giving us such warm and sweet moments.

Thank you to our friends at Suffolk Now for this adorable video. 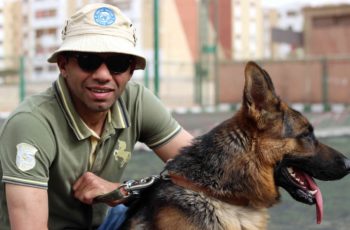 Some people might say that firefighters are a special breed. … 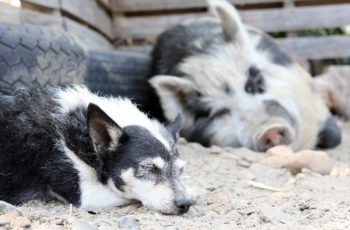 It is difficult to find a dog getting along with …