There are a lot of rescue dogs in shelters that have a harder time getting adopted than the others. These are due to many reasons such as their medical condition, age, or sometimes even their breed. However, there is this one woman from North Carolina who has opened her heart and homes to adopt these dogs that have been looked over by other families.

Leslie Sacks and her family decided to adopt new dogs once more. So, Leslie went to the Asheville Humane Society shelter to find the right pooches to bring home. However, the characteristics that she was looking for in a dog wasn’t what you would usually hear from the other adopting families. She didn’t want the cleanest and youngest pup there, but she asked the staff at the shelter to point her towards the dogs that have been there the longest amount of time.

This was when she met two older dogs named Brutus and Sam. Both these dogs have had a hard time getting families to adopt them and also have medical issues that require special attention. They were the dogs that Leslie chose to take in as new members of her family.

Leslie and her family have adopted more than fifty dogs over the past years – almost all of which were senior dogs or ones with special needs. They recently had to say goodbye to a number of the older dogs and made it harder for them to go through with this new adoption.

However, they decided that these dogs deserved a better life with a family to call their own for their remaining years. This touched the shelter staff members so much that they were emotional when they said goodbye to the two doggies. They even walked them to the car and watched them finally go to their forever homes.

Check out their send-off here: 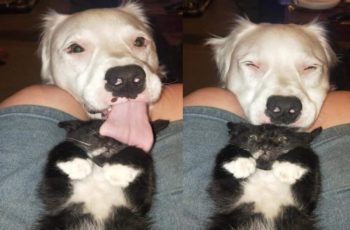 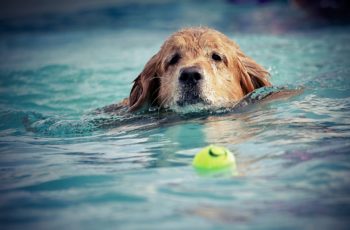