Have you ever seen a dog enter a formal treaty with a human being? It is safe to say you have not. Such matters of diplomacy are not expected from man’s best friend. Dogs while highly intelligent, tend to live in the moment and not wager on the future.

That was, however, before a golden retriever entered an agreement with his owners. It was up to him and he was determined to do so for his family’s chance to stay where they want to be.

One day, Sunny sat before the heads of the house when a very important topic was being discussed. Sunny’s family recently increased, and was being debated whether the dogs get to stay in the house, or outside. While not said in so many words, Sunny entered an agreement with his owners.

They acknowledged that if he is able to keep the tiny instruments of disaster under control, then his family may stay inside the house. If not, they move into the backyard. That’s the last place he wants them to be.

Hearing these words, Sunny became noticeably worried. He did not seem to want to have his family living outside instead of the comfort of the indoors. However, he can’t trusted to keep things under control. If it was just up to Sunny, his puppies would be kept under a watchful eye, however it is not.

Despite their future hanging in the balance, Sunny’s wife Byeol-i will no cooperate with keeping the cute furry balls of hyperactivity under control. The puppies are wild and energetic and instead of being the calm, collective one as a mother should, Byeol-i is just the same as her babies.

Do to this fact, even during playtime, Sunny could not interject on what was going on. 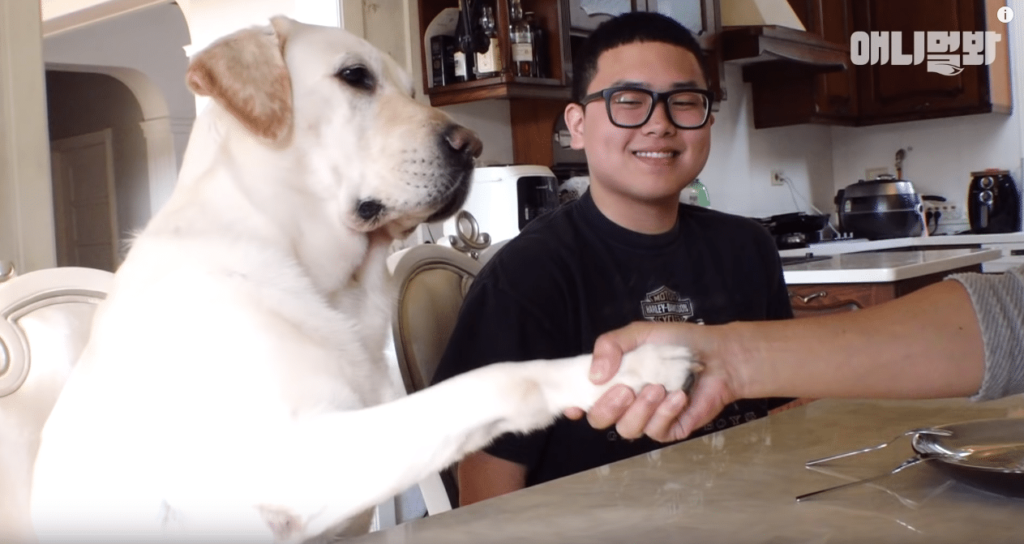 When things got too crazy, the puppies made too much noise or got too rowdy, and Sunny tried to keep them under control Byeol-i became upset. She did not want Sunny being strict with her furry babies, instead she wanted them to have the time of their lives, playing as they please. Chaos was just a result of fun, to her.

Even as a mom she had the heart of a puppy herself. Byeol-i stopped Sunny every time he tried to interject and this was a disastrous turn of events for him. Every time he tried to do something to stop the wild behaviors of their pups she overpowered him, preventing him from trying to do anything again.

The children remained out of control and he could not do a thing to stop it without bringing out his wife’s wrath.

After playtime, it was time for the puppies to eat. Not much happened to draw concern, just boisterous pups happily gobbling down their lunch. It was after that things took a turn for the worst. The puppies regularly had nap after they ate their meal, while seeming harmless and like a good chance for a break, it wasn’t. As soon as the pups are left sleeping, the family headed out as well. 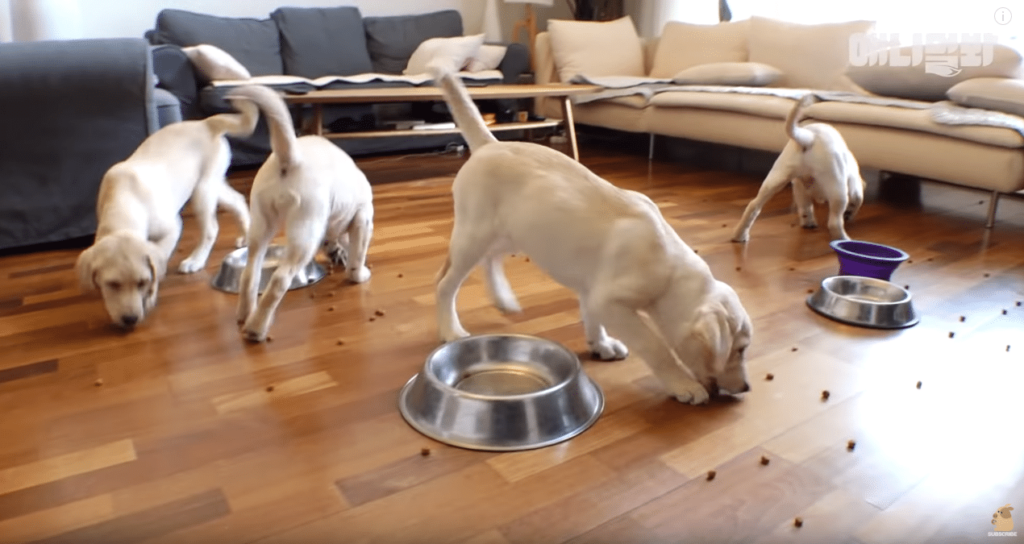 However, as if their keen senses were telling them they could get into trouble, the moment the door shut the mischievous fuzzballs were up and at it again. All that comes next is pure chaotic energy. Even the dog fence had no chance against these devious babies.

Sacks of food were raided and left everywhere. Tissues were scattered all over the place. Byeol-i, whom was in charge of keeping them from getting out of hand instead decided to join the fun. Sunny was taken aback by what he had saw, and while only a few minutes went by, their owners returned to see the tornado that had gone through the room.

No excuse could be made, what the puppies did could not be undone and all were caught red-handed. Sunny got the brunt of the punishment by being demoted. That day on, no retriever could stay inside. Maybe they will earn their return some day. 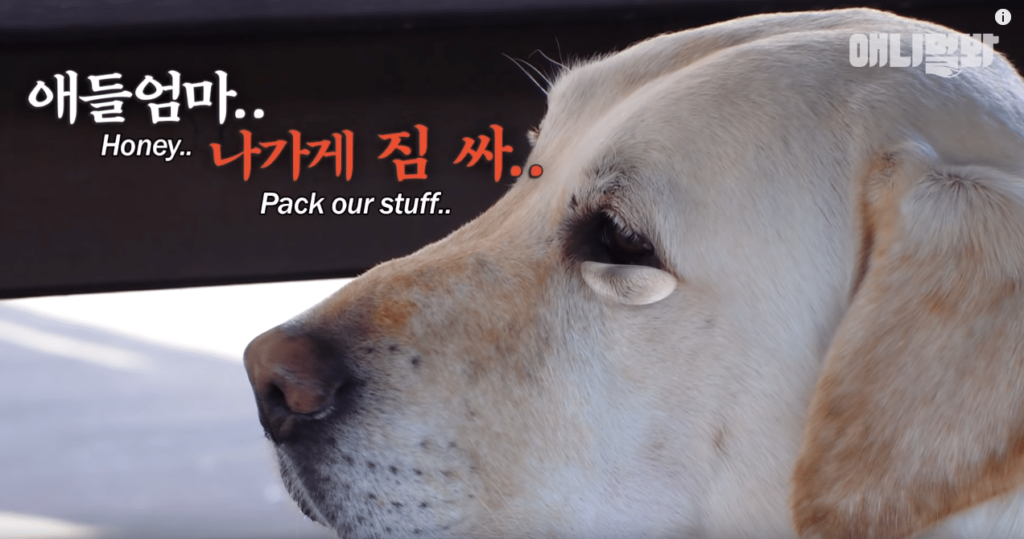 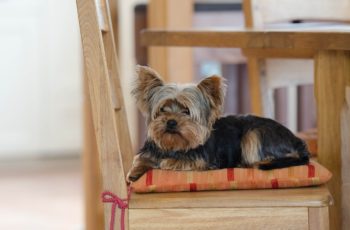 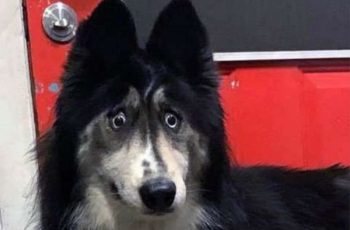