It isn’t at all uncommon for hospitals to utilize therapy dogs in one capacity or another. It’s easy to understand why this has become such a popular idea in several countries around the world.

Dogs have a way of easing a person’s anxiety, whether that involves going to the hospital or talking about something that’s extremely uncomfortable. They not only serve as a great distraction, thereby making it easier for people to do things that they find challenging, but they also lower a person’s anxiety level to a point where it can be extremely beneficial.

This in turn can help lower blood pressure and keep one’s heart rate in check. Obviously, these are two things that are quite important for someone who has already been admitted to the hospital for one reason or another.

While there are plenty of locations that utilize therapy dogs, Southampton Children’s Hospital in the United Kingdom has taken things to an entirely new level.

They’ve actually added six golden retrievers to the staff and they utilize them on a daily basis to help children who are anxious about all kinds of medical procedures find the comfort they need to heal.

It doesn’t matter if the children need to have a procedure done, if they’re being admitted to the hospital or if they have to go to surgery, these dogs are there to lead the way. 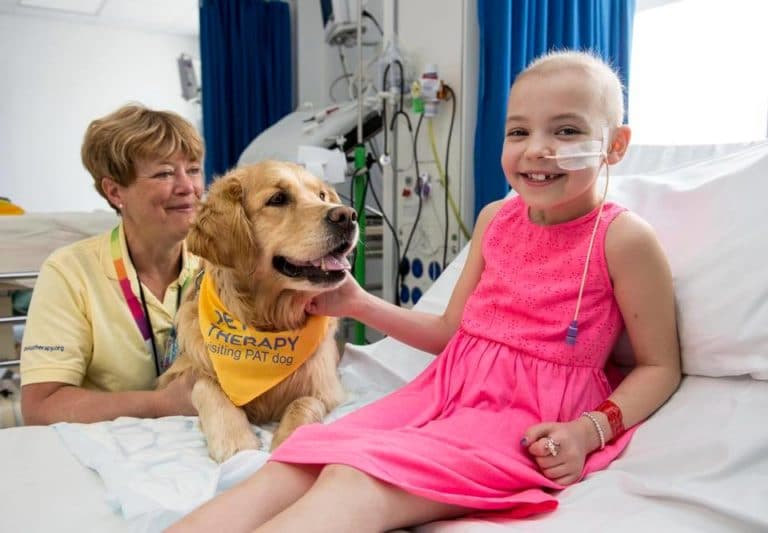 It all started when a small patient that had been admitted to the hospital needed to wear a surgical mask for his own protection.

Obviously, this isn’t the most comfortable thing to do and it can be quite terrifying for someone who’s claustrophobic, even as an adult. Imagine what it must be like to ask a child to wear one of these things and leave it in place for an extended amount of time.

He was having a difficult time with it. As luck would have it, someone had brought a therapy dog to the hospital that day. Instinctively, the dog came into the room, saw the surgical mask and stuck his nose in it. The moment the child saw the dog do this, he realized that he could do it as well.

Staff saw how well this worked in the idea to add six golden retrievers to the staff on a full-time basis was born.

Today, the hospital cares for its six charges, named Leo, Archie, Hattie, Jessie, Quinn and Milo. When the dogs aren’t working, they are well cared for and very much loved. They actually work with an organization called Working With Pets As Therapy.

Through that program, the hospital has been able to help countless numbers of children who are otherwise so frightened it’s almost impossible for them regain control.

The dogs even pose for photo shoots, pretending to have all kinds of procedures done.

It makes it easier for the children to have those same procedures when they see a photo of a dog getting his or her blood pressure checked or something similar. In short, it helps them realize that there’s nothing to be frightened about and if the dogs can do it, so can they 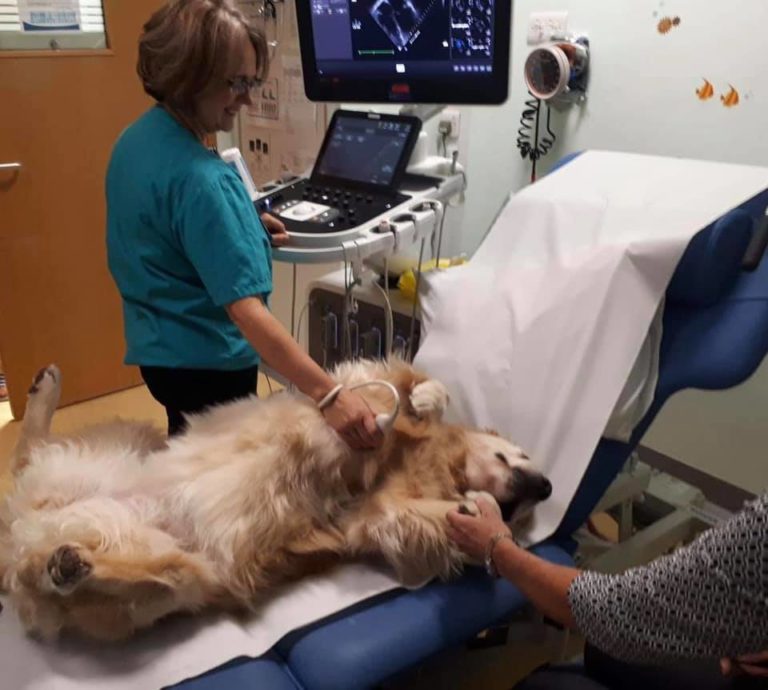 There is no doubt that this is one of the most unique therapy dog programs in the entire world. It’s been extremely successful and it promises to pave the way for additional programs that are similar in nature.

These animals have made it easier for children who are very sick to get the treatment they need in order to get better. Part of achieving that goal involves keeping the patients calm and nurturing them mentally, emotionally and spiritually.

The dogs help the hospital accomplish all of these goals, all while encouraging the young patients to allow the doctors do what they need to do in order to get their physical health back on track 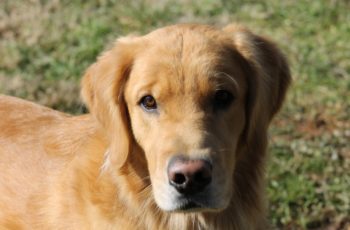 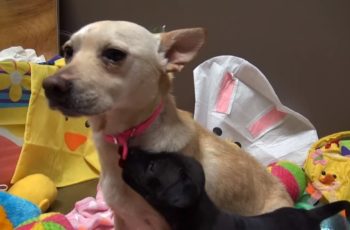