Everyone knows that dogs have huge hearts that are capable of giving a lot of love. These pooches will go out of their way to take care of those they see are in need whenever they can. This is the kind of love that a baby goat named Rita experienced from her newly adopted mom – a Great Pyrenees named Blizzie.

Jumping to the rescue

When Glori Rushing’s farm goat named Smore gave birth to her kids, only one of them was born healthy and alive. Unfortunately, Smore appeared not to have any interest in the newly-born kid and refused to let it drink from her milk. The baby goat they named Rita had no one to turn to until Blizzie, the family dog, came to her rescue.

The three-year-old pooch had just also recently given birth to a small litter of puppies when she noticed what had happened to Rita. The doggie did not waste any time and jumped over the six-foot pen she and her pups were staying in to get to the little goat. She then took the kid by her mouth and brought her back with her so Rita could nurse alongside Blizzie’s other puppies.

At first, Glori still tried to get Rita to connect with her mama, but the goat kept on rejecting the kid. The farmer then just decided to keep the goat with her doggie since the pooch seemed to be treating Rita much like her kid already. Soon enough, the two were as close as any mother and baby could ever be. Rita would even turn down the bottled milk that Glori would try to feed her in favor of her new momma dog’s milk.

This only goes to show how open these doggies’ hearts are to loving and accepting others. They are always ready to take anyone under their wing and treat them as part of their family.

Check out this video of Blizzie with the baby goat Rita: 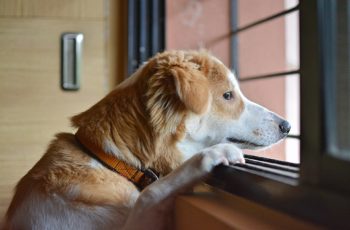 Why are we always under the impression that dogs and … 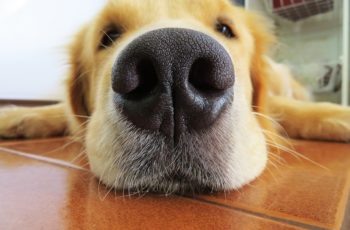 Have you ever seen a dog enter a formal treaty …