Some people might say that firefighters are a special breed. To some, they’re heroes. To others, they have to be a little bit crazy in order to do what they do for a living. The truth is, you really can’t judge a book by its cover.

Firefighters are just like everyone else. Each one of them is different and their personality is completely unique. Sure, they do have a few things in common, at least most of the time. However, it simply isn’t accurate to say that they’re all alike.

As a society, we have a tendency to put people into groups or boxes but in reality, it just doesn’t work that way. If you’re not convinced, continue reading through this article.

In this particular case, the firefighter involved, Sam Berry, really is a hero in the truest sense of the word. When it comes to going above and beyond the call of duty, he practically embodies the very definition of it.

It all started one day recently when he was working a regular shift with his fire department in Amarillo, Texas. As is the case with most firefighters, he’s also certified as an Emergency Medical Technician, more commonly referred to as an EMT.

He and his fire company went out on what they thought was a routine medical call that turned out to be anything but routine. That’s the thing about doing this sort of job. It’s actually fairly rare that anything can be considered completely routine, as each call is completely different from the one before it.

To be sure, not all calls are as exciting as the ones you see in the movies, but they’re very rarely exactly alike.

In this case, the call was for a man named Wes, who desperately needed to go to the hospital. He was so reluctant to go that he refused to call an ambulance for himself. In fact, it was his brother Warren that eventually made the call, then stuck around to tell the firefighters just how dire his situation potentially was.

As it turns out, his brother can be credited with taking the initial steps that were necessary to save Wes’s life. He had developed an infection and in refusing to go to the hospital in order to have it addressed, that infection had turned into a life-threatening condition called sepsis.

This is when the infection gets into the bloodstream. Once that happens, every major organ in the body can be infected. Without prompt and aggressive treatment, sepsis causes multi-organ failure and eventually, death.

Why was Wes so reluctant to go to the hospital in the first place? It was all about his best friend, his dog Emma. The two had been together for quite some time and Emma herself was no spring chicken.

In fact, she was so old that she had lost function in one of her legs and had a tendency to hobble around on three legs instead. She was also partially blind. Nevertheless, her physical limitations never curtailed her love for Wes, nor his for her.

His brother Warren was unable to take care of the dog and Wes didn’t really have anyone else to turn to so he simply refused to go to the hospital because she would be left alone to fend for herself.

When firefighters arrived, Wes’s condition was so bad that they knew he wouldn’t make it if he didn’t go to the hospital right away. That’s when firefighter Sam Berry stepped up to the plate.

He offered to take Emma and care for her himself until Wes was out of the hospital and well enough to do it on his own. He made a promise that he would look after her, one so sincere that Wes immediately believed him, even though the two had never met before.

Sam did take care of her. He pampered her and took her to a veterinarian in order to make sure that she had all the best care possible.

When Wes was released from the hospital, he and his beloved dog Emma were reunited, both of them in better health and they had been in for years. Much of it is thanks to a total stranger who started the day just doing his job.

If you were to ask Sam why he did it, he would say that is just what firefighters do.

I had the pleasure of meeting Sam Berry today. He's a firefighter with the Amarillo Fire Department. He went out on a… 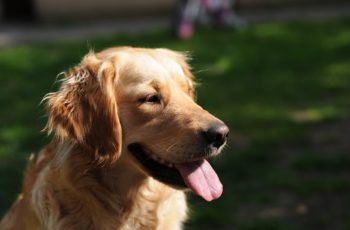 It’s no secret that dogs are just friendly creatures. It’s …

Everyone knows that dogs have huge hearts that are capable …